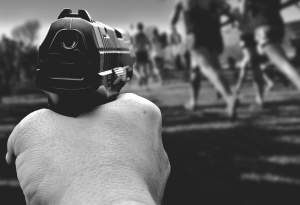 In 2018, Marjory Stoneman Douglas High School in Parkland, Florida made the news after more than fifteen people lost their lives and several were injured when a nineteen-year-old gunman opened fire using a semi-automatic rifle. Years later, efforts are ongoing to make schools safer environments for students and faculty.

The mother of one of the victims of the Parkland shooting is pursuing efforts with the Florida Legislature to pass Alyssa’s Law, named after her daughter. The law would equip all school buildings with a panic alarm. This alarm could be triggered in the event of a school lockdown or a mass shooting using something like a phone app or having them mounted in offices and classrooms. Regardless of where it is or how it is triggered, all panic alarms would be linked to law enforcement.

A potential advantage of having a mobile-triggered alarm is everyone in the school would receive an immediate notification, significantly improving response times by allowing students and faculty to either flee or find shelter.

END_OF_DOCUMENT_TOKEN_TO_BE_REPLACED 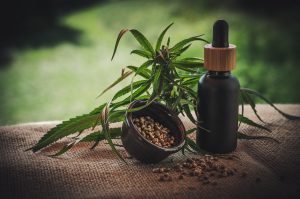 CBD-infused product sales have seen massive popularity as people take advantage of their purported benefits. As sales skyrocket, Florida regulators are seeking to crack down on the multitude of products marketers say can help with things like insomnia, anxiety, and arthritis. For the most part, these products have not had much government oversight.

This year, Florida implemented new rules aimed at establishing a regulatory structure for hemp, along with CBD products often found at gas stations, grocery stores, or flea markets. Inspectors have spread across the state to ensure that retailers comply with the new regulations that tackle concerns such as pesticides, how items are labeled, and inspection of products sold or produced in the state. Those that are not compliant will have a minimum of thirty days to make changes in order to comply with Florida’s new laws.

END_OF_DOCUMENT_TOKEN_TO_BE_REPLACED 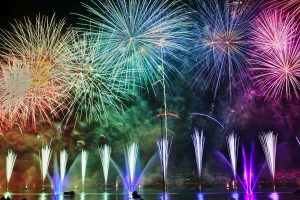 Did you know that a lot of the fireworks displays you may have seen during the recent New Year’s celebrations aren’t all that legal? Unless these displays are being done by professionals, they are violating the law. However, this may change if a law makes it through all of the hurdles in the Florida Legislature.

Known as HB65, the bill would allow people throughout Florida to legally shoot off fireworks on the following holidays: Independence Day, Memorial Day, New Year’s Eve, and New Year’s Day. Currently, fireworks are only allowed to be set off provided there is a permit or if it’s for agricultural purposes. Though fireworks are sold legally in Florida, those buying them must sign paperwork indicating they are familiar with the state’s fireworks laws.

Should HB65 become law, buyers would need to be at least eighteen years of age. Local governments would also be able to ban fireworks if they feel it necessary.

END_OF_DOCUMENT_TOKEN_TO_BE_REPLACED 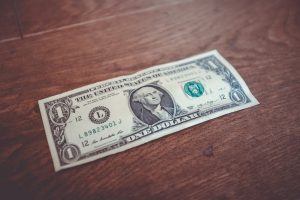 Among the various changes and laws affecting Florida next week, the minimum wage will be seeing a bump. Florida is among the eight states that will automatically increase these rates on New Year’s Day, which is calculated by taking into account the annual cost of living calculations.

Per the Florida Department of Economic Opportunity (FDEO), which calculates the annual adjustments, the increase will result in an increase of 1.12 percent, which is roughly a dime, or about $8.56 an hour beginning next year, up from the existing $8.46 hourly.

Tipped employees have a current rate of $5.44 hourly which will change slightly to $5.54 an hour, according to the FDEO.

END_OF_DOCUMENT_TOKEN_TO_BE_REPLACED 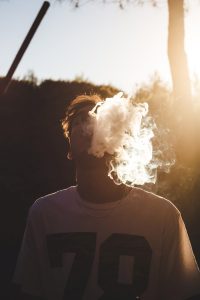 The pressure may be mounting for Florida lawmakers to tackle the issue of vaping among teenagers. One Florida Senate member will be championing efforts to deal with the soaring use of electronic cigarettes when the 2020 legislative session kicks on the 14th of next month even as he receives pushback from state leaders. Among his goals he is considering, the minimum legal age for vaping would be raised to 21 and retailers would face stricter penalties for selling vaping products or e-cigarettes to minors.

The emphasis comes in the midst of a national outcry about what some health officials find a youth epidemic as the vaping phenomenon affects middle and high schools as well as college campuses. It also comes amid injuries and deaths in Florida and across the country due to vaping-related lung injuries.

Currently, under Florida law, a person must be at least eighteen years or older to legally use an e-cigarette or a vaping product, just like if they were to use tobacco products.

END_OF_DOCUMENT_TOKEN_TO_BE_REPLACED 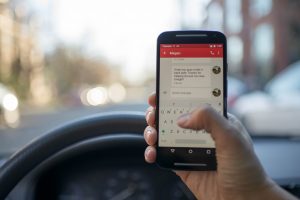 Since October, law enforcement officers have been warning and educating Florida drivers about the new handsfree law. However, this “grace period” will be ending once January 1, 2020, arrives, allowing officers to issue tickets for anyone who is caught not driving handsfree in certain areas.

Drivers that are caught holding a “wireless communication device” when they are driving through construction zones, school zones, or school crossings may receive a moving violation which comes with a $60 fine. Officers will be using these last two weeks of December to educate drivers on the new laws, taking advantage of the greater number of holiday drivers on the roads. For the time being, drivers will receive a tear-off reminder regarding the new law requirements and its associated fines.

Once January 1st comes around, fines and citations will replace these reminders.

END_OF_DOCUMENT_TOKEN_TO_BE_REPLACED 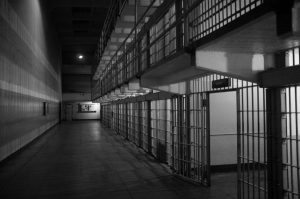 A committee of Florida state senators has approved a bill to decrease the states’ prison population by enabling judges to move away from mandatory minimum sentences for drug offenses at the low level. Known as SB 346, the bill has already cleared two of its three committee hurdles without receiving one vote of no.

A Florida Senator and former prosecutor told committees that the removal of offenders from state prison would save money and result in a boost to public safety. He cited an audit of the judicial circuits in Florida that found offenders placed under ‘community supervision’ rather than jail tended to be less frequently rearrested.

SB 346 would reduce the penalty for possession of fewer than two grams of most controlled substances to a single year. In most cases, it permits a judge to refrain from mandatory minimum prison sentences and fines for other drug offenses.

END_OF_DOCUMENT_TOKEN_TO_BE_REPLACED 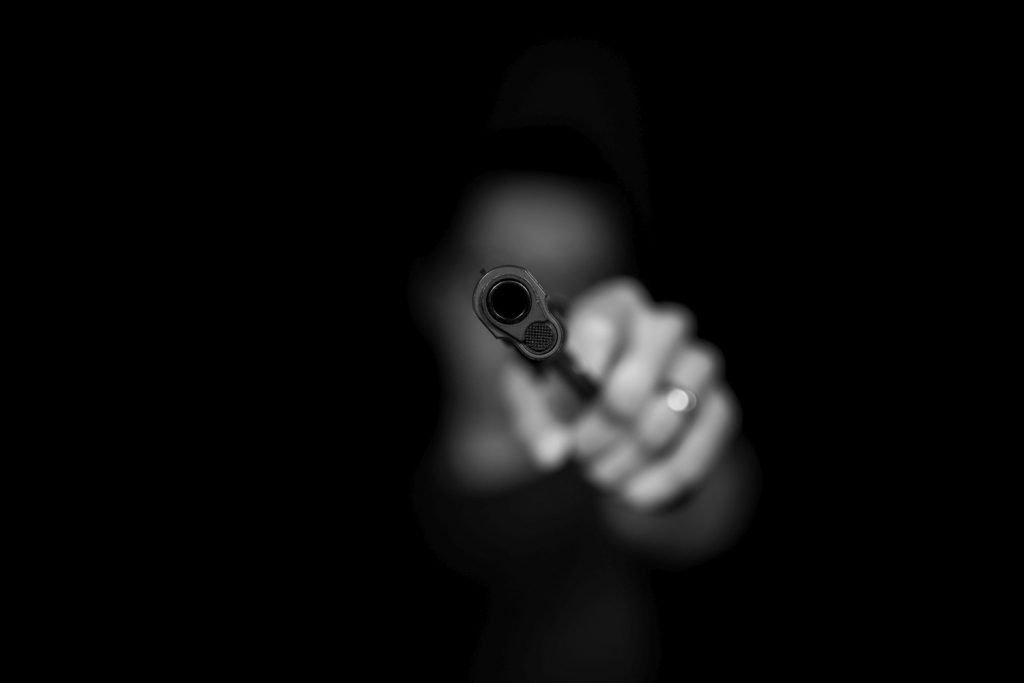 After last year’s shooting at Marjory Stoneman Douglas High School in Parkland, Florida instituted the “red flag” law. This law allows authorities to remove weapons from individuals that may be a danger to themselves or others or may use them to commit a crime. However, police must convince a judge that such an action is warranted. If a judge agrees, the individual must surrender the weapons or give them to someone that can possess them legally. Florida is one of just fifteen states to have such a law.

A 33-year-old man has now been charged with being the first person in Florida to break the law after he refused to surrender his weapons following a 2018 incident where he allegedly fired shots at a vehicle during an argument. The man’s attorney argued unsuccessfully that the new law was not fully understood.

To read more about the case, visit https://www.sun-sentinel.com/news/crime/fl-ne-rpo-defiance-trial-20191206-ejkq5e6vwvbnpki4spp3jm7psy-story.html.

END_OF_DOCUMENT_TOKEN_TO_BE_REPLACED 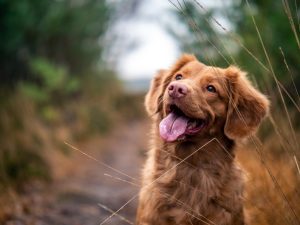 A new federal law aimed at banning animal cruelty acts is now in effect. Known as the Preventing Animal Cruelty and Torture Act (PACT), President Donald Trump signed the law last week. With this new law, acts such as impaling, burning, drowning, suffocating, or causing animals any serious bodily harm are prohibited. Offenders may receive as much as seven years in prison.

With the signing of PACT, a 2010 law loophole is closed which prohibited creating and distributing animal crushing videos but failed to make the cruelty acts in these videos illegal. The videos often involve individuals killing, mutilating, or torturing defenseless small animals and were shared over the Internet.

Should you wish to read more about the animal cruelty law and how it made its way to being signed, read the Sun-Sentinel article at the following link: https://www.sun-sentinel.com/news/politics/fl-ne-federal-law-now-bans-animal-cruelty-20191202-zftrlvfcvbabhdknr5kcdmorqm-story.html.

END_OF_DOCUMENT_TOKEN_TO_BE_REPLACED 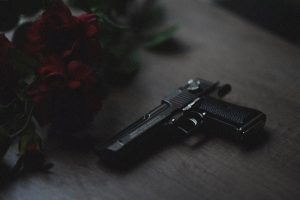 The United States Attorney General recently proposed a new initiative aimed at better enforcing the U.S. gun background check system, coordinating state and federal gun prosecutions, and ensuring that prosecutors review records rapidly to demonstrate when a defendant is unable to own a weapon due to issues with their mental health.

Called Project Guardian, the program will allow prosecutors to coordinate with law enforcement officials on a local and state level to evaluate possible federal charges should a suspect be arrested for possessing weapons, if there is a belief a gun was used to commit a violent crime or drug trafficking offense, or if the suspect is believed to be a member of a violent gang.

The program allows alcohol, tobacco, and firearm office agents across the country to either create new procedures or update existing protocols to bring federal charges against individuals attempting to get a gun from a firearms dealer by lying. Prosecutors will concentrate in particular on criminals with violent histories, who are members of the gang, or who have faced charges of domestic violence. Furthermore, United States attorney’s offices would also need to promptly enter details into government databases regarding individuals who are unable to possess guns due to reasons of mental health.