If you’re on the Kyle Rittenhouse jury, there are many questions that are likely swirling around in your head. Every one of these are questions are ones that the prosecution would be thrilled to know you’re pondering. One may be, “Why does a 17-year-old own an AR-15, a military-style semi-automatic rifle?” That would be a fair question since it’s been called “A perfect killing machine.” It was engineered to have a “maximum wound effect.” The tiny bullets allegedly travel three times the speed of sound. After a bullet hits a body, the flesh is ripped open, destroying tissue, nerves, blood vessels and vital organs. It’s probably not the ideal Christmas gift for a teenager, whose brain’s frontal lobe, the portion governing reasoning and judgment, hasn’t even been fully formed. Another question may be, “Why the heck did this armed teenager have to go to the ‘protest’ and/or ‘riot’?” That’s another fair question since his hometown is Antioch, Illinois, 30 minutes away from Kenosha, the city in which the alleged crimes occurred. He chose to travel across state lines to put himself in the center of a violent scene. Although he alleged that evening on multiple occasions that he was an EMT, he was not. He lacked the appropriate training and experience to avoid potential conflict and to properly assist those in need.

Those questions, and others like them, are ones that the prosecution hopes the jury will focus on during deliberations. The prosecution deems them extremely relevant inquiries since they have attempted to persuade the jury that Rittenhouse provoked the attacks that led to the shootings. They alleged that Rittenhouse cannot avail himself of protection under the self-defense laws since his irresponsible actions caused the alleged victims to respond the way that they did.

END_OF_DOCUMENT_TOKEN_TO_BE_REPLACED

(This is an article published in the Daily Mail on November 11, 2021 authored by Mark Eiglarsh as a guest contributor)

That’s the quotation that comes to mind after observing the prosecutor’s behavior in court during the cross examination of Kyle Rittenhouse, who is on trial for shooting and killing 2 men and wounding a third during a night of violent riots and protest in Kenosha, Wisconsin in the wake of George Floyd’s death.

END_OF_DOCUMENT_TOKEN_TO_BE_REPLACED

Here’s a portion of the dispatch audio that covers what was said before Scot Peterson arrived on scene until after killer Nikolas Cruz left the 1200 building and fled the school. This does not include what was said on the school radio as that was not recorded. When listening to the audio, note that Nikolas Cruz was inside the 1200 building for 6 minutes and 38 seconds, from 2:21:16 – 2:27:54. Cruz was on the first floor for 2 minutes and 9 seconds.It’s critical to note that Peterson was NOT on the scene while Cruz was shooting on the first floor. Cruz was on the second floor for 41 seconds.
Cruz was on the third floor for 3 minutes and 3 seconds. Cruz was a barricaded sniper inside the 3rd floor teachers’ lounge for the last 2 minutes on the 3rd floor. The investigation concluded that Cruz fired his last round at 2:27:10, 5 minutes and 26 seconds after his first shot.At 2:23:17 Peterson arrives on scene with Greenleaf and Medina arrive on scene. At 2:23:25 Cruz shot and killed security monitor Aaron Feis outside the west stairwell door of the 1200 building. At 2:23:26, 1 second later, Peterson reported to BSO dispatch (channel 8A) of “shots fired.” Peterson then advised CODE RED over the school radio.

SPECIAL TO THE SUN SENTINEL

END_OF_DOCUMENT_TOKEN_TO_BE_REPLACED

(special thanks to co-author: Sebastian Frazier)

You’re driving home from a night on the town after catching a meal and some drinks at a local bar. You decide to drive home with your windows down and music loud which attracts the attention of a nearby highway patrol officer. Curious at your peculiar driving patterns and disruptive noise, the officer decides to follow your vehicle (unbeknownst to you). As your nearing home, the officer turns on his lights and indicates that you should pull over. You don’t notice the officer’s signal and instead keep driving up your driveway and into your garage. As you open your door to step out of the vehicle, the officer follows you inside your legal residence and begins to question you. Only a little while after, you’re arrested for a misdemeanor charge: driving under the influence.

END_OF_DOCUMENT_TOKEN_TO_BE_REPLACED 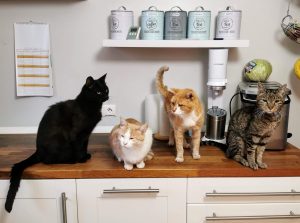 A home with over 40 dead and alive cats and seven emaciated cows in Broward County is being investigated. Officers received a call in late May about suspected animal abuse off 44th street and Hiatus Road.

Police say that no one was home at the search time, but over several days, 27 cats had been found alive, and five were dead. Police are being meticulous with their search to ensure the safety of the animals.

The suspect, Rafael Guevera, has been arrested on animal-involved charges in the past and has been connected to this case. The police are conducting an ongoing search in the home for more animals. They suspect there could still be cats in the walls.

END_OF_DOCUMENT_TOKEN_TO_BE_REPLACED

Patterson was charged with animal cruelty, but said he only beat the iguana after it bit him in the arm. Patterson’s attorney attempted to use the “stand your ground” defense, but Palm Beach County Circuit Judge Jeffrey Dana Gillen rejected this defense and ruled today that Patterson must stand trial on a felony animal cruelty charge

Adopted 16 years ago, Florida’s “stand your ground law” states, “A person who is not engaged in an unlawful activity and who is attacked in any other place where he or she has a right to be has no duty to retreat and has the right to stand his or her ground and meet force with force, including deadly force, including deadly force if he or she reasonably believes it is necessary to do so to prevent death or great bodily harm to himself or herself or another or to prevent the commission of a forcible felony.”

END_OF_DOCUMENT_TOKEN_TO_BE_REPLACED 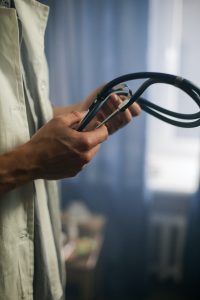 Eleven months have passed since Richard Mallia, a podiatrist from Palm Springs, Florida, admitted guilt to a $3.4 million fraud in Medicare.While Mallia should have been sent to prison after his sentence, COVID has kept him from going.

For Medicare fraud to occur, a doctor must write prescriptions, which is precisely what Mallia did when he worked at Sunshine Medical Care Group and one other healthcare clinic. Mallias had been a licensed podiatrist since the summer of 2001.

His admission states that he wrote home health prescriptions and signed plans of Medicare beneficiaries, aware of the fact they did not need home health services. He was well acquainted with the owners and operators of several home health care agencies like D&V Elite Home Care and Florida Patient Care. He then used the prescriptions and planned to submit fraudulent claims to gain reimbursement for home health services that were never needed. As a result, the Medicare program has taken a loss of $3.4 million.

END_OF_DOCUMENT_TOKEN_TO_BE_REPLACED

On May 27, a St. Johns County Grand Jury indicted 14-year-old Aiden Fucci on first-degree murder charges for the stabbing death of 13-year-old Tristyn Bailey. Fucci was initially charged with second-degree murder, but the charges were upgraded to first-degree murder due to the nature of the crime. This indictment automatically moves his case to adult court.

Bailey’s family reported her missing in the early hours of May 9. Her body was later found that day in a wooded area near her house. Bailey sustained a total of 114 stab wounds, with at least 49 defensive wounds to her head, hands, and arms.

Fucci was immediately called into questioning by police and taken into custody on May 10. The arrest warrant shows that friends of Fucci told investigators that he made multiple statements indicating he intended to kill someone by taking them into the woods and stabbing them. DNA evidence was also found connecting Bailey to Fucci, including her DNA on some of his clothing.

END_OF_DOCUMENT_TOKEN_TO_BE_REPLACED 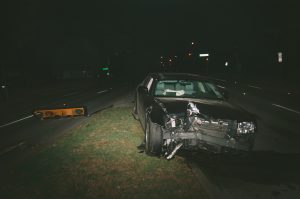 Driving while under the influence is never a good idea. Even if you believe you are coherent, it is best to find an alternative mode of transportation to avoid fatal consequences such as DUI charges and DUI manslaughter charges if you have been drinking.

The average sentence time for DUI manslaughter is ten years nationwide. Each state has its own DUI laws, but it is a felony and federal charges can exist. However, if a driver has been found guilty of gross negligence, prison time can climb up to 60 years.

DUI Manslaughter is the criminal charge faced when a driver under the influence takes the life of another person. This includes pedestrians, motorists, other drivers, and passengers. Even if there was no intent to harm, you could still face these charges. If you are faced with negligence, your case can be categorized as either ordinary negligence or gross negligence.