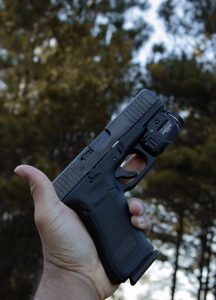 After a shooting at high school in 2018, a Florida statute that requires judges to prohibit those considered dangerous from possessing firearms has been used more than 3,000 times since its implementation. Yet, around the state, the law is applied unevenly.

Dubbed the “red flag” gun law, its advocates believe that prior to its existence, it was often challenging to remove firearms from individuals that may have made threats or were having mental issues. With the shooting at Marjory Stoneman Douglas High School in Parkland, investigators allegedly did not respond to reports that the shooter was in danger of carrying out a massacre at the school. Even if investigators had responded, it is possible that the shooter would have been allowed to keep his weapons because, advocates argue, he did not have a record of felonies or compulsory, long-term psychiatric obligations.

Those that oppose the reg flag measure believe the law is a violation of the right to bear arms as well as the right against the property being seized unlawfully.