Last Thursday a story broke involving 20-year old Ashley Todd who claimed that she was robbed at an ATM in Pittsburg. What made this story so intriguing was that she was an avid John McCain supporter/volunteer and that she alleged that the assailant recognized her John McCain bumper sticker and campaign button after which the man carved a “B” into her face with a knife before fleeing. 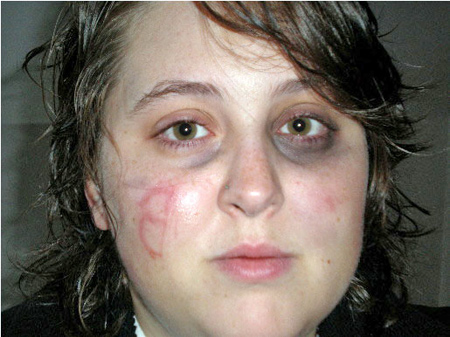 She described the robber as a 6-4 black male wearing a black shirt and dark jeans. When I first heard this story I felt very sorry for the poor woman who would be forced to deal with not only emotional scars from this traumatic event but also physical ones. Of course coming less than two weeks before a historic election and occurring in the “battleground” state of Pennsylvania, once the word broke the McCain camp and media jumped all over this story. In fact both Sen. John McCain and Gov. Sarah Palin even called the victim to offer their condolences.
Then Friday the truth came out. Following a lie detector test and many inconsistencies about the alleged incident, Ashley Todd confessed she made the whole thing up. “She just opened up and said she wanted to tell the truth,” Pittsburgh police Assistant Chief Maurita Bryant said. Minutes later, she told detectives, she was driving around and “came up with a plan” to manufacture a story about being attacked at a Bloomfield ATM by a black man who was enraged by her John McCain bumper sticker. It’s not yet clear whether Todd’s face was mutilated by her, or if she had somebody else do it. However, given that the “B” on her face is backwards it seems likely it was self-inflicted. She has been arrested and charged with filing a false police report.