Imagine several armed law enforcement officers bang on your door in the middle of the night demanding to search the contents of your home computer. Over your vehement objections, they storm in and go through all of your personal data, including all e-mails and financial information. Further imagine that they return several hours later and search it again. Then they come back in a week and do the same thing. Sounds like a communist country right? This couldn’t be the U.S. Well it is, and it could happen soon in Indiana, unless Steve Morris can do something to stop it. 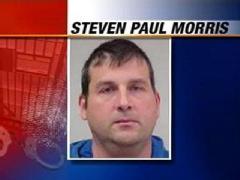 Steve Morris, along with the ACLU, is suing every single prosecutor and sheriff in the state of Indiana because he believes a new law that takes effect in July aimed at “protecting children” should be thrown out. The law that he finds unconstitutional is one that would allow law enforcement to search his computer at any time. You see, Steve Morris is a sex offender. He was convicted of child molestation more then a decade ago. The law would also require that Morris, and all sex offenders, install a device on their computer which would permit law enforcement to monitor their usage. The device must be paid for by the sex offender. Morris and his attorney think it’s a clear violation of the Fourth Amendment.

In general, a law that protects children from sexual offenders is a good thing. There are many problems that I see with the way this Indiana statute is worded. (Click Here for the Indiana Statute) One of the most significant concerns I have is that defendants who have finished serving their sentences years ago will now be subjected to this police action. What next? Will the Mothers Against Drunk Drivers cause legislation to be passed requiring anyone who has ever been convicted of DUI to install, at their own expense, an interlock device on their vehicle? How about the guy who had a conviction 20 years ago for possessing a joint? Will he now be required to undergo random urinalysis? Sounds crazy, however, it could happen. This law, if upheld as constitutional, could be the stepping stone needed to get them there.