In 1990, Robert Kosilek was convicted in a Boston courtroom for murdering his wife. Now serving a life sentence, Kosilek, who in 1993 legally changed his name to Michelle, claims that he’s a “woman trapped inside a man’s body.” As a result, Kosilek has been battling the Department of Corrections to pay for a sex-change surgery. 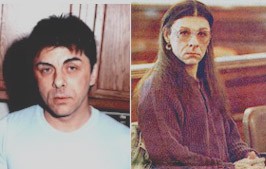 Kosilek first sued the Department of Correction in 2000, saying its refusal to allow her to have sex-change surgery violates the Eighth Amendment protection against cruel and unusual punishment. She said her body is becoming more masculine. In response to the law suit, U.S. District Judge Mark Wolf ruled in 2002 that Kosilek was entitled to treatment for gender identity disorder – including hormone treatments, laser hair removal and psychotherapy — but stopped short of ordering sex-reassignment surgery.

In 2005 Kosilek sued again arguing that the treatments were not enough to relieve her anxiety and depression. The trial lasted on and off from May 2006 until March 2007, with expert testimony from 10 doctors, psychiatrists and psychotherapists. An Associated Press review last year found that the corrections department and its outside health care provider had spent more than $52,000 on experts to testify about the surgery, which would cost about $20,000.

My very strong feelings on this issue were revealed recently on a CNN appearance. Please click here to view the video