SAN ANTONIO – News 4 WOAI is looking into what’s being done to stop DWI drivers. Mother’s Against Drunk Driving (MADD) is trying to get lawmakers to allow DWI checkpoints in Texas. 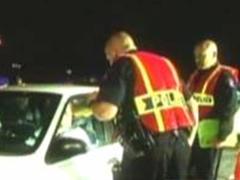 A recent study shows Texas continues to lead the nation in alcohol-related traffic deaths. MADD Executive Director Jennifer Northway says it’s time for Texas to join the rest of the country. Right now 39 states have sobriety checkpoints. 11 states, including Texas, do not.

“The point of a checkpoint isn’t to arrest more people, the point and the success behind one is the deterrence factor,” said Northway.

And studies show it works. The Centers for Disease Control looked at 23 studies of regular sobriety checkpoints and found they cut the number of crashes involving alcohol by 20%.

MADD has been pushing for checkpoints for years and so has District Attorney Susan Reed, but some lawmakers just don’t like it, saying they’re concerned about racial profiling.

“Part of the problem is the concept of having probable cause to stop someone and not profiling,” said District Attorney Susan Reed.

MADD is now recruiting advocates to head to Austin in February. They would like you to write to lawmakers. If you would like to get more involved, give MADD a call at 210.349.0200.