Zachary Christie, a sweet young child, brought a camping utensil that doubles as a knife, fork and spoon to school. 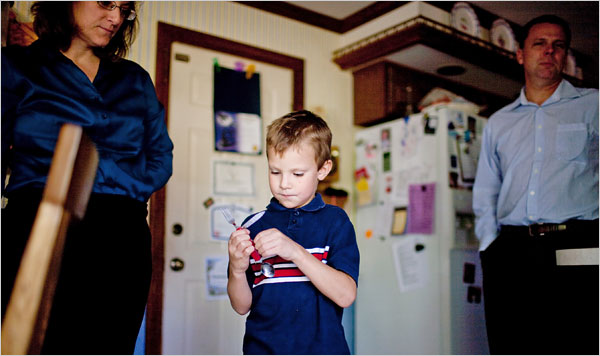 He was so excited about recently joining the Cub Scouts that he wanted to use the spork during lunch. School officials concluded that he had violated their zero-tolerance policy on weapons, and Zachary was suspended and now faces 45 days in the district’s reform school. School officials had to suspend him because, “regardless of possessor’s intent,” knives are banned.

Initiated in part by the Columbine High School and Virginia Tech shootings, many school districts around the country adopted zero-tolerance policies on the possession of weapons on school grounds. More recently, there has been growing debate over whether the policies have gone too far.

But the question on the minds of many people is: Why do school officials not have more discretion in such cases?

School administrators argue that it is difficult to distinguish innocent pranks and mistakes from more serious threats, and that the policies must be very strict to protect students.

Critics argue that the zero-tolerance policies have led to sharp increases in suspensions and expulsions, often putting children on the streets or in other places where their behavior only worsens, and that the policies undermine the ability of school officials to use common sense in handling minor infractions.

Unfortunately for Zachary, Delware new law did not help him because it mentions only expulsion and does not explicitly address suspensions. A revised law is being drafted to include suspensions.

For Zachary, it is not school violence that has left him reluctant to return to classes.

“I just think the other kids may tease me for being in trouble,” he said, pausing before adding, “but I think the rules are what is wrong, not me.”