A former escaped inmate who killed a New York state trooper and wounded two others while on the run in 2006 cannot withdraw his guilty pleas and stand trial, an appeals court ruled Friday. 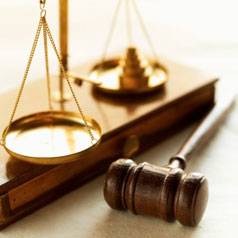 The man, Ralph “Bucky” Phillips told the judge in November 2006 that he was “guilty as hell” of murder as well as several other charges in the killing and wounding of state troopers who were staking out his former girlfriends home. Phillips argued last week in front of an appellate panel that he had only voluntarily entered his pleas because of bad advice from his court-appointed counsel.

In accepting guilty pleas, the court must inquire whether the defendant is pleading voluntarily, knowingly, and understandingly, and the adjudicative element inherent in accepting a plea of guilty must be attended by safeguards to insure the defendant what is reasonably due in the circumstances. Those circumstances will vary, but a constant factor is that when a plea rests in any significant degree on a promise or agreement of the prosecutor, so that it can be said to be part of the inducement or consideration, such promise must be fulfilled. Phillips contends he pleaded guilty because his trial lawyer falsely told him that if he didn’t, his former girlfriend and their daughter could be imprisoned as accessories. The judges countered that Phillips “stated at the time of the plea that he was satisfied with the services of his attorney.” The 46 year old is serving a life sentence without the possibility of parole.