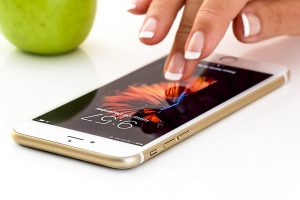 END_OF_DOCUMENT_TOKEN_TO_BE_REPLACED

This past Wednesday, the 3rd of August, a 51-year-old woman was booked into the Palm Beach County jail on charges that she had forged more than $23,000 worth of checks. This news caught the attention of all criminal defense lawyers, who defend against fraud charges in Florida. Donna Allen, the accused, had allegedly stolen the checks from an elderly couple she worked as a driver for.

Fraud, traditionally a white-collar crime that occurs at the corporate level, also makes the occasional appearance in cases such as this. As a Miami criminal defense attorney, I am very familiar with defending clients against accusations of fraud, and it is clear to me that Ms. Allen would be best served by securing the services of a competent criminal defense lawyer because white collar crime is now receiving the same sort of attention that other forms of crime have long-received.

The Palm Beach County Sheriff’s Office probable cause arrest affidavit states that Allen is allegedly responsible for forging forty-six checks from three separate bank accounts belonging to Rosanna and Albert Springer of Lake Worth, Florida. She was charged with forty-six counts each of forgery, of uttering a forged instrument, and one count each of grand theft from a person 65 years of age or older and of organizing a scheme to defraud. Her bail has been set at $286,000. The guilt of Ms. Allen apparently does not remain in question, making it the job of a qualified criminal defense lawyer to secure for her the best treatment possible.