According to his lawyer, a convicted sex offender facing execution for raping and strangling a Clemson University student feels so guilty for his crimes that life in prison would be harder on him. This argument was made in a South Carolina court recently. 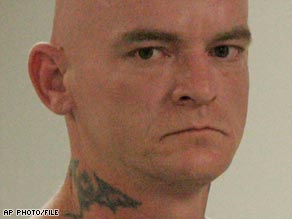 Jerry Buck Inman, 37, faces the death penalty for the murder of a Clemson University student.

A judge will decide whether Inman is executed or sentenced to life in prison.

“He is filled with guilt and shame,” Inman’s attorney Jim Bannister said. “That eats him from the inside out on a daily basis. … It leads him to the conclusion that he is an animal and that he deserves to die.”

But Bannister argued during the first day of the sentencing hearing that his client should not be executed. He said Inman “came into this world impaired to start with,” living in a home where his father molested him and his mother suffered from mental illness.

“What is it about a man’s background that could put him in a position to be capable of such a horrendous and unthinkable crime?” Bannister asked Circuit Court Judge Edward Miller, who will decide Inman’s fate.

Inman spent 18 years in prison for rapes he committed as a teenager in North Carolina and Florida and is a registered sex offender in both states. He had been free for about nine months before his arrest in Souers’ death.

So, what do you think? Does this argument work for you? Is prison that horrendous that this murderer would actually suffer a worse fate if forced to live a life in prison?