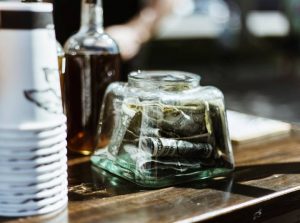 A New York resident filed a lawsuit when he was automatically charged eighteen percent gratuities after dining at Key Biscayne’s Ritz-Carlton restaurants. Although a district judge dismissed the lawsuit, the decision was overturned by a federal appeals court earlier this week, paving the way for a class-action lawsuit alleging that Florida-based Ritz-Carlton restaurants failed to properly notify diners that they would have an automatic tip added to their bill.

The plaintiff argued that one bill did not reference the inclusion of an automatic tip, while two others said that “suggested” gratuities of eighteen percent would be included, although the bills contained tip amounts. The plaintiff alleges that Ritz-Carlton is violating a law called the Florida Deceptive and Unfair Trade Practices Act.

The judge that initially dismissed the lawsuit did so because the man could not sue on behalf of diners for restaurants he was never at nor did his claims meet the $5 million minimum for a class-action lawsuit.