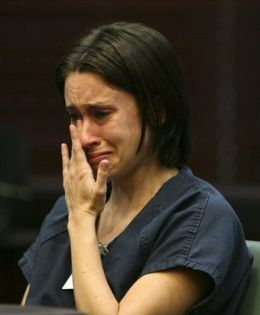 The state of Florida announced recently that it would not seek the death penalty in the highly publicized Orlando murder case against “tot mom” Casey Anthony.
Although the trial is not scheduled to begin for quite some time, the prosecution’s recent decision has left many people unhappy and even angry, including Nancy Grace, who publicly criticized the state for not seeking death. The reasons for the prosecution’s tactics can be and will be debated until the outcome of this case, maybe even longer. However, with such a sensitive subject stirring so much emotion, it begs one to ask the question; why is death different? 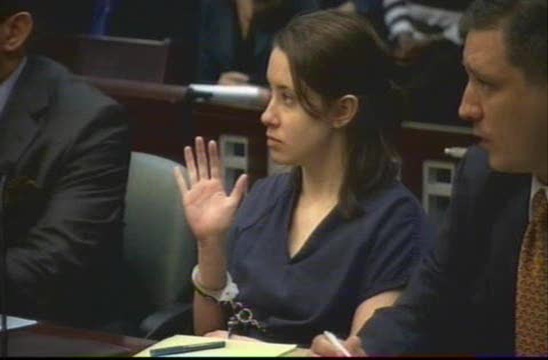 The death penalty . . . Is it justice – or legalized murder? Does it prevent crime – or lessen respect for the law? Will it make our towns and cities safer – or more dangerous?

Public opinion has long been sharply divided over the legal execution of criminals. To critics, capital punishment, or the death penalty, is a step backward to a more brutal time. To supporters, it is a step forward to safer streets and greater justice.

Every state in the United States has different laws regarding the death penalty. Currently only 14 states are without it (Alaska, Hawaii, Iowa, Maine, Massachusetts, Michigan, Minnesota, North Dakota, New Jersey, New York, Rhode Island, Vermont, West Virginia, Wisconsin, as well as the District of Columbia). In Florida, only the offenses of first-degree murder, felony murder, capital drug trafficking, and capital sexual battery of a minor are punishable by death. However, Florida is also unique in that it is the only state in the country which does not require jurors to vote unanimously on the punishment. This means that should a defendant be found guilty beyond a reasonable doubt by the jury of killing their daughter in a capital case, that during their separate deliberation on the issue of her punishment not everyone would have to agree that she deserves to die for her crimes. During this separate deliberation on the issue of sentencing, the jury is asked to determine whether the defendant should be given life in prison without the possibility of parole or sentenced to death. In order to make this determination the jury must look to see if sufficient aggravating circumstances outweigh the mitigating circumstances. What this really comes down to is a balancing test between things such as the defendant’s prior criminal history, other crimes committed during the act, other people who may have been harmed, and/or the heinousness of the act. This evidence is then weighed against the possible mitigating issues such as their young age, any duress they might have been under, their lack of criminal background, etc. This is obviously a very difficult decision for any juror to make which is why the judge also has the ability to overturn their determination if he/she feels it necessary. Since the death penalty was reinstated in 1979, Florida has put to death sixty-six people, while three-hundred ninety seven still remain on death row awaiting execution.

Obviously the issue of the death penalty is criticized for many reasons. For one there is the possibility that an innocent person could be put to death. In fact, Florida is often ridiculed for the 22 death row inmates exonerated so far who have served a total of 150 years in prison for crimes they did not commit. Then there is the cost of execution. Because of heightened constitutional requirements, death-penalty cases are far more expensive than murder trials in which life without parole is sought. In fact, enforcing the death penalty costs Florida $51 million a year above what it would cost to punish all first-degree murderers with life in prison without parole. Based on the 66 executions Florida had carried out since 1979, which amounts to a cost of $24 million for each execution.

Whether you are for or against the death penalty it is important to understand that this is a very complex issue which was no doubt analyzed thoroughly by the prosecution. Agree or disagree, for now, Casey Anthony’s life remains out of the hands of the state.