Victoria’s Secret, the US lingerie firm, is facing the prospect of being sued by dozens of American women who claim their bras brought them out in painful rashes and welts. 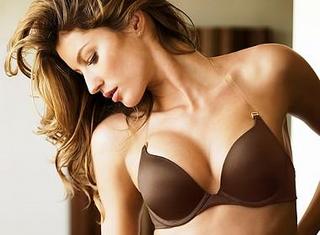 The original claim was brought by Roberta Ritta, 37, who claims that after purchasing the Angel’s Secret Embrace bra it caused her welts that were very red, extremely inflamed, and blistery. Her lawyers say they purchased the same bra types that Miss Ritter had bought and had them laboratory tested. They claim the tests revealed that the bras showed traces of formaldehyde, which is used in the textile industry to make fabrics crease-resistant.

Although one might assume that Victoria Secret was just another victim of frivolous lawsuits brought against the lingerie giant, they were sued earlier this year when a customer claimed they were hit in the eye by a diamond that shot off her underwear, now several other customers are claiming the same types of injuries associated with the underwear. A spokesman for Victoria Secret has denied that formaldehyde is used to produce its bras. Victoria Secret’s liability will ultimately rest on their knowledge and use of any dangerous chemicals in producing their bras, their level of precaution, as well as the possibility of any contamination after manufacturing. A judge next year will decide the fate of the lawsuit as well as the viability of a potential class action suit. Until then, if you or anyone you know owns any of the alleged “toxic bras” you should be cautious, especially if you’re allergic to formaldehyde.