Are red light cameras a help or a hindrance to traffic safety? Are they even constitutional at all? 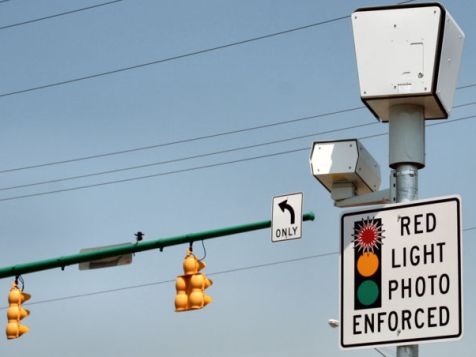 Legal challenges are popping up in several towns all over the country involving this same issue. A town in Ohio was even willing to boot every single member of their own city council for approving the use of these red light camera machines. Although most courts have side stepped the constitutional question to these red light cameras, the Minnesota Supreme Court in April 2007 found their camera laws did violate the Constitution on procedural grounds. Critics of these camera laws contend that by citing vehicles who go through these lights without identifying the driver is like convicting a gun for murder. Some towns were even caught shortening the length of yellow lights in order to help raise revenues.
On one hand these traffic lights are necessary for the protection and safety of drivers from those who without such measures would recklessly disregard these lights. Drivers that routinely run red lights are a threat to others as well as themselves. On the other hand if a city is going to implement red light cameras they should be forced to invest in the technology necessary to identify both the vehicle and the driver before issuing such a citation and if such a claim is made, the burden of proof should still be on the state to prove the driver’s guilt. Red light cameras should remain a useful tool to help convict dangerous drivers so long as the line is not crossed making them simply a taxing method to bypass citizen’s rights in order to raise revenues.